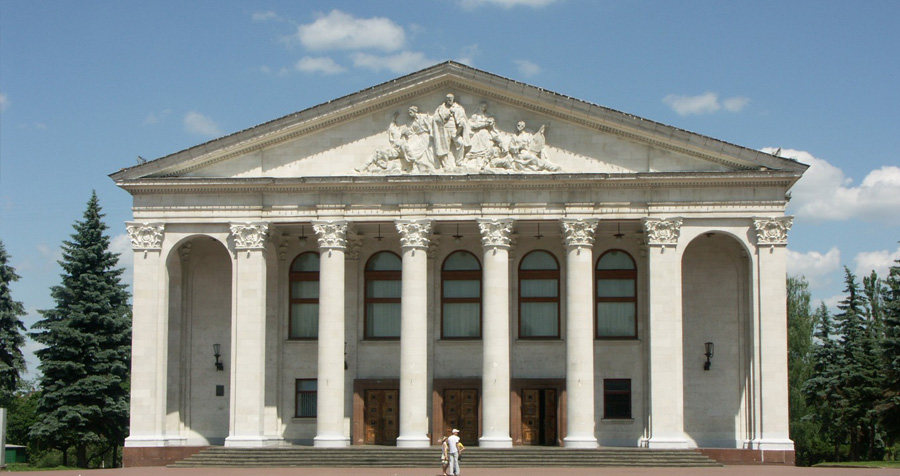 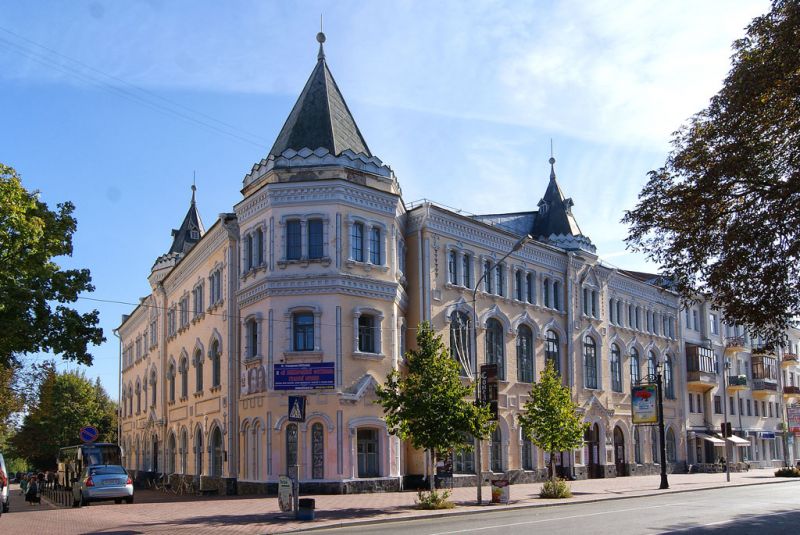 Chernihiv Regional Philharmonic Society is located in the former building of the diocesan Nicholas brotherhood. During the construction of the building a chapel was included in the overall ensemble by Alexander Nevsky in 1870. From 1932 until the beginning of World War II, the building housed the Chernigov Ukrainian Music and Drama Theatre named after Taras Shevchenko. It burned in August 1941 because of a German bombing raid, but after the war it was reconstructed and a third floor above the chapel was added. Built in neo-Russian style, prevalent at the turn of the 19th and 20th century. Since 1964, the philharmonic resides in this building. 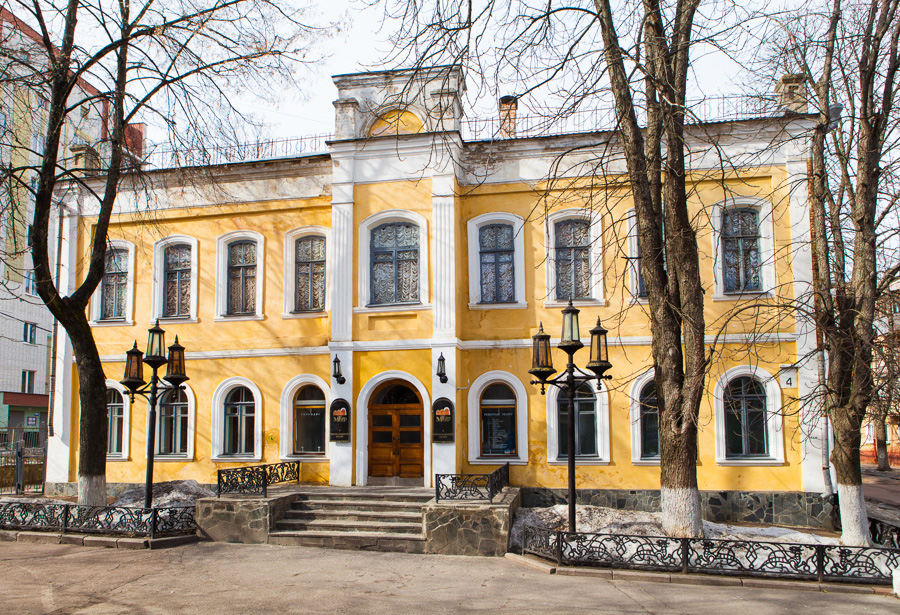 Chernihiv Theatre for Youth started as an offspring studio 'Youth stage' at the Chernihiv Puppet Theatre in 1985. The first production staged at the studio (after B.Vasiliev's '11 pages of the war prose') won the first prize at the Ukrainian young actors and producers competition in Odessa (1985). Following this success the studio performed in Kyiv and Moscow. In 1988 'The Puppet Theatre' was reorganized into the regional theatre for children and youth. Through the numerous seasons the Theater was staging both dramatic and puppet plays.
A number of the theatre's stagings were not only successful with the general audience, but also at Ukrainian and Soviet-wide festivals. Since 1996, the theatre is known as 'Molodizhny' theatre, and the puppet troupe became a separate theatre for children. In this new form the Theatre for Youth produced a number of significant stagings (The Cherry Orchard by A.Chekhov, The Inspector General by M.Gogol, The Stolen Happiness by I.Franko, Hamlet by W.Shakespeare, The Puppet House by H.Ibsen). The theatre has raised quite a few talented actors. The theatre has an actors' studio, and young performers take part in the youth projects. (http://www.mtch.com.ua)

Theatric troupe was formed in 1926 in Kirovograd, and in 1934 it moved to Chernihiv. Over its long history the theater staged around 200 plays, among which comedies, dramas, tragedies. The creative team of the theater doesn't mark time, it constantly develops, finds new talents and involves young actors in its performances. Nowadays the plays after works by Ukrainian and foreign authors, intended for mature, as well as young, audience, prevail among its performances.

Among the most well-known stagings of the theater it is worth mentioning "Maria Tudor" by V. Hugo, "A Midsummer Night's Dream" and "Romeo and Juliet" by W. Shakespeare, "Forest Song" by Lesya Ukrainka and many others. (discover-ukraine.info) 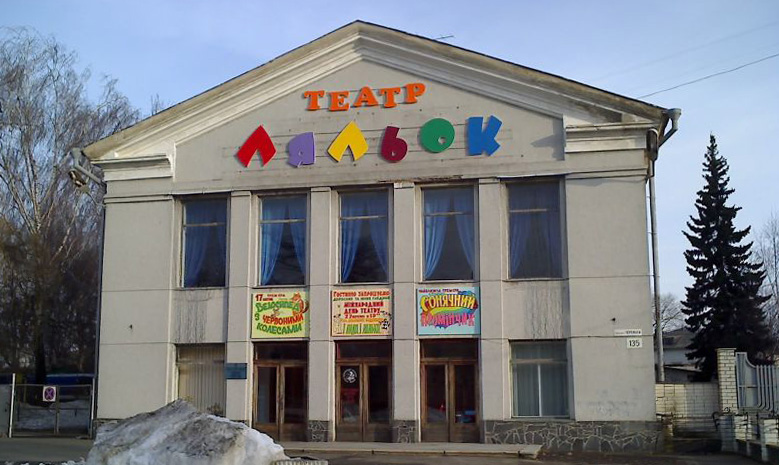 The theatre's building was constructed in 1976. It can hold 140 spectators. In 1985, the Molodyozhnaya Stsena Studio was established in the theatre. In 1988, the Theatre of Children and Youth was based in the studio. In 1996, it was reorganized and it became the Regional Youth Theatre. Then the Puppet Theatre moved to 4 Rodimtseva Street.

Chernihiv Puppet Theatre has deep historical roots. It was the first Ukrainian theatre awarded the status of professional theatre. As early as in the 19th century, the city of Chernihiv became known as the capital of Petrushka puppeteers thanks to the theatre. Website: teatr.kukol.org.ua. (world walk.info) 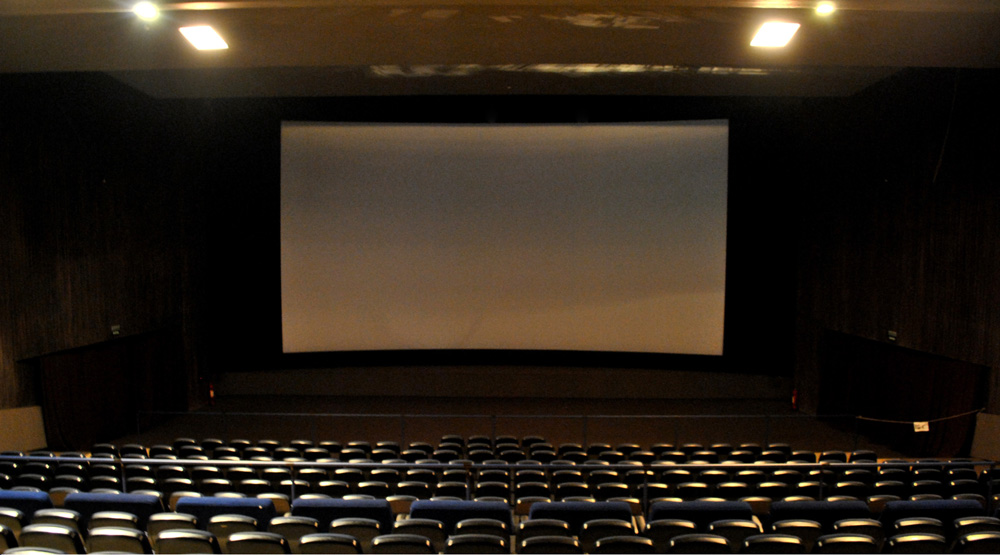 The most popular theater in Chernigov is Friendship 3D. The cinema auditorium is equipped with soft, comfortable chairs. The sound system Dolby Digital Surround EX provides an unmatched sound quality, that makes the cinema not only unique for Chernihiv, but for all of Ukraine. In the cinema is a hall for 400 people, where everyone can buy snacks and soft drinks. Those who want more comfort can buy tickets for VIP seats. Couples in love can buy tickets for the love seats. Prices for watching movies in the 'Druzhba 3D' range from 35 to 65 hryvnia. Pupils and students can get discounts. More on schedules and prices you can find on the website. (weloveua.com)

Shchorsa was opened in 1939 and was the first theater in the Chernihiv region. Originally, in the building was one room, the Blue room. Later (1962) the Round Hall and Red Hall were opened. The sound system and projectors were updated, in order to show modern movies in good quality. Sometimes, the cinema broadcasts old domestic films. On special days the administration institution arranges for some free screenings of rare films. The cinema operates three halls with 500, 300 and 70 seats. (weloveua.com)