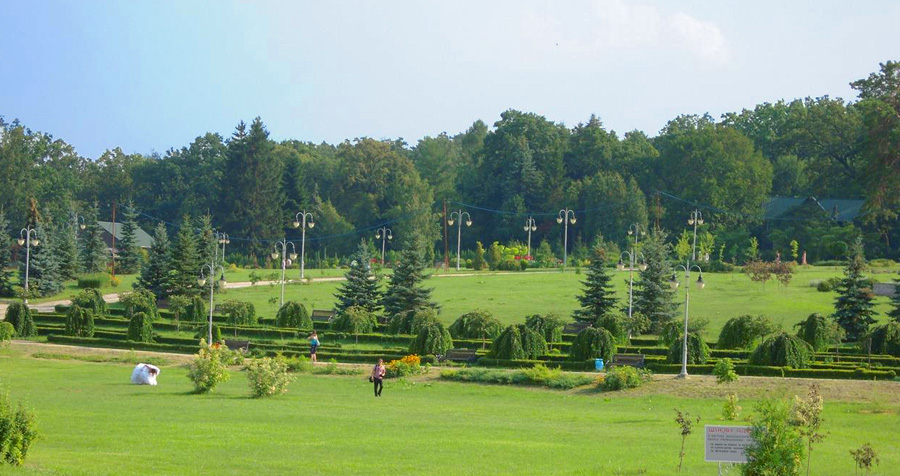 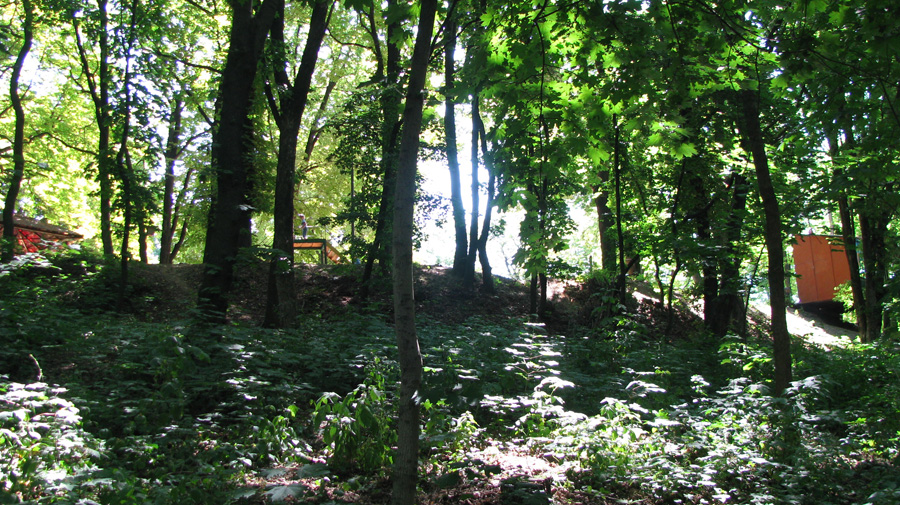 Park named after Fedkovych is one of the favorite places of Chernivtsi in the old town. Behind the university campus on the slopes at the outskirts of the city (area is called Klokuchky) appeared one of the oldest parks. Once, this area was called ‘Domnyk’ or ‘Panska Gora’ (Gentleman’s Mountain). In 1880, the Chernivtsians renamed this place to ‘Habsburg Heights’ or ‘Habsburg Hill’. But for Ukrainians it was difficult to pronounce this, so the hill was called ‘Garbuzova’, which means ‘pumpkin’ (garbuz), though there is no connection between the hill and pumpkins. The old park on the hill is loved by all. In the park you will find a cozy restaurant and a coffee shop.

One of the most romantic places of the park is on the right hand side of the entrance. There is a lookout with a wonderful view over Chernivtsy. A lot of students in Chernivtsy come here to relax and have fun, or go jogging through the park. In the park are several picnic tables, where you can sit and enjoy the park, while having something to eat and to drink.

In 1990 the park was called Shevchenko Park, but was renamed to Fedkovych Park. There is a little mystery in the park: a rock. It appeared somewhere along on the lower lanes of the park. ‘Imperial Rock’, shaped like an ancient fortress, is a monument dedicated to the Austro-Hungarian emperor Franz Joseph. On August 18 of 1908, the 60th anniversary of the emperor’s reign, the monument was revealed. (cv.goldenpages.ua) 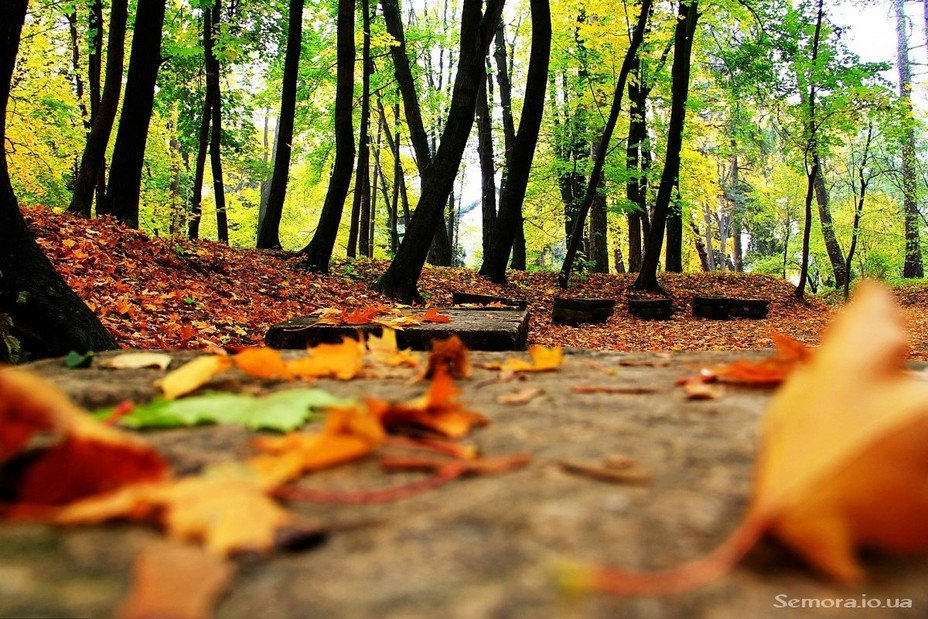 The Dendrological Park is an arboretum (or tree-garden) of national importance in Ukraine. The 5 hectare area has its current status since 1983. The responsibility for the park lies with the Fedkovych National University of Chernivtsy. The bigger part of the park is designed as a landscape; there are several exotic species of trees, like the maple tree, oak, linden, hornbeam, weeping willow, Magnolia soulangeana and catalpa. (wikipedia) 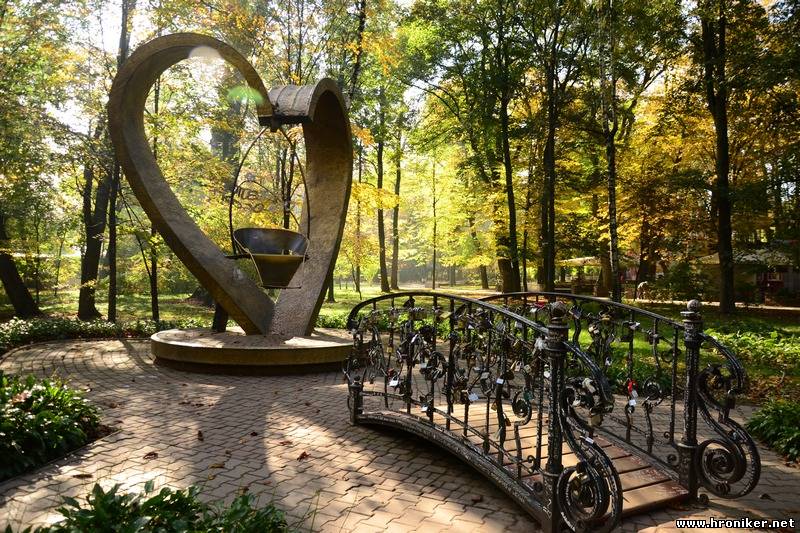 The Shevchenko Central Park of Culture and Relaxation is located in the central part of Chernivtsy. On the territory (measuring over 16 hectares) are many historical monuments and architectural ensembles. Recently, ‘the Heart of Love’ has been constructed in the park, a romantic place for newlyweds and couples in love.

A fun place in the park is the playground near the fountain, where various contests and promotions are held. The most popular is ‘Karaoke fountain’, where you not only can win prizes, but also step up to a more professional level.

The summer theater always opens hospitably its doors for visitors, ranging from corporate events, presentations and competitions to concerts. And probably the most popular destination in the park is the entertainment complex. This amusement park is one of the three best equipped parks in Ukraine. (centerpark.at.ua)

Zhovtnevy Park is a great place to relax. In the park you can find various attractions, cafes, bars, a restaurant on the lake, a playground and mini-golf. In the park you will have a great time with your family. 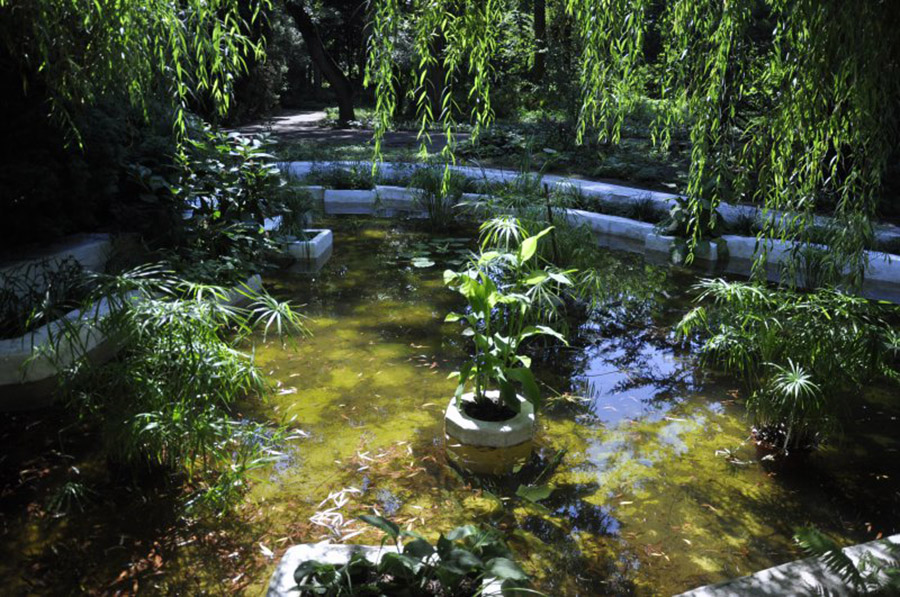 The Botanical Garden is one of the oldest in the country, laid down in 1877, during the Austro-Hungarian Empire. It took 11 years to build the park. Almost all species of plants were imported from Austria and despite war and the change of eras of the last century, have survived some of the first landings. Now the arboretum (tree) garden has about 800 species of plants and trees, and in the greenhouse (​​525 m2) are over 900 species. In 1963, the Chernivtsy Botanical Garden received the status of natural monument of national importance, and since 1970 it is a scientific department of the university. Today, the Chernivtsy Botanical Garden is divided into divisions of dendrology, tropical and subtropical plants, park design and herbaceous plants. There is also a seed laboratory and a herbarium. (chernovtsy.glo.ua) 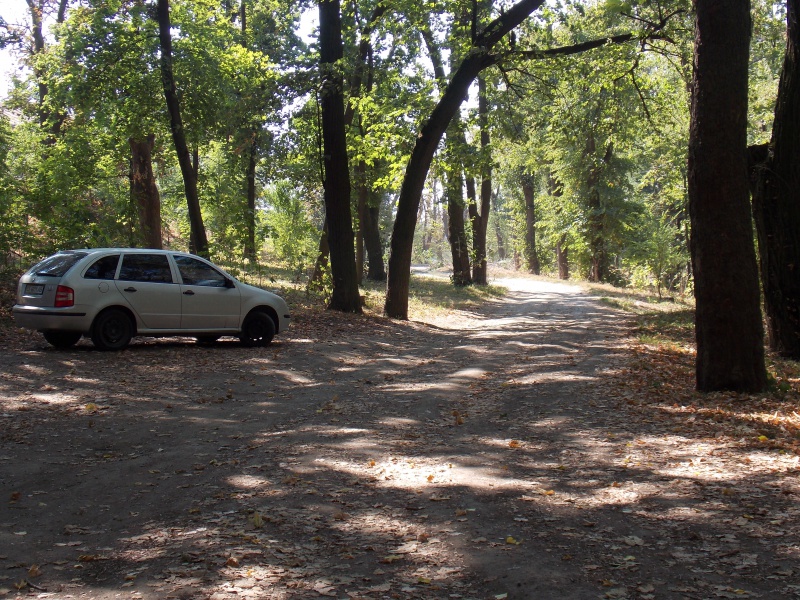 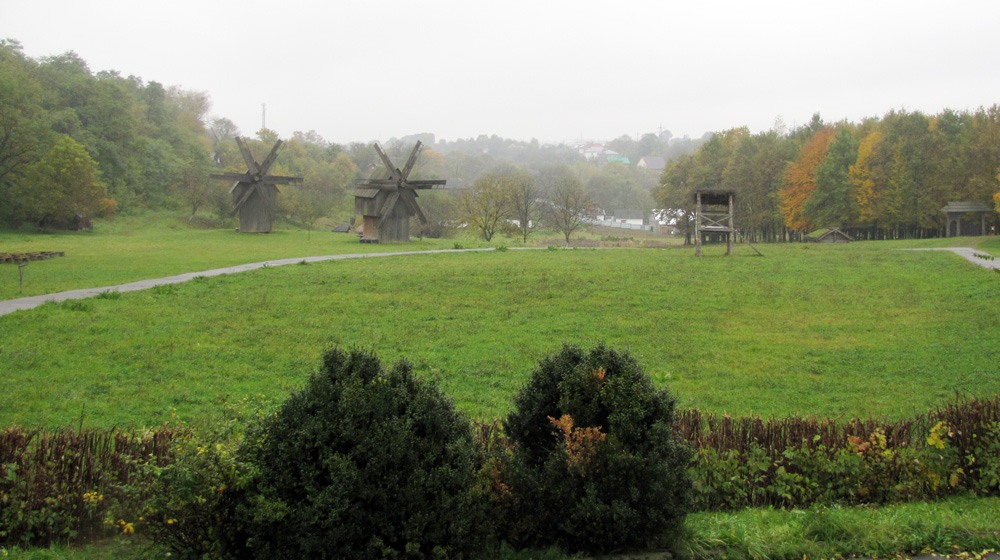 This park is a protected area within the Khotyn, Kelmenetsky and Sokyryany districts. It is situated in the valley where the river Dniester flows and contains different types of landscape, like forests and meadows, including reserves of local importance, like the ‘Polyvany’, ‘Molodivsky’ and ‘Shebutynsky’ ravine, the ‘Galician’, ‘Babinsky’ and ‘Hrynyatska’ wall. The park also contains fish reserves as ‘Bernivskyy island’, ‘Darabanske Pleso’, ‘Orestivsky’, ‘Neporotiv’ and ‘Kuyutynsky’.

Also there are formations of geological significance. On the steep slopes of the canyon in gypsum fields and limestone outcrops over 30 caves have been investigated. In the vicinity of the village of Hrynyachka is highest (30 m) waterfall in all of Bukovina. A section of the Dniester river itself is also part of the park.

The Natural Park was created on January 22 of 2010 by the Decree of the President of Ukraine Viktor Yushchenko to preserve valuable natural, historical and cultural sites in the basin of the Dniester River. (wikipedia) 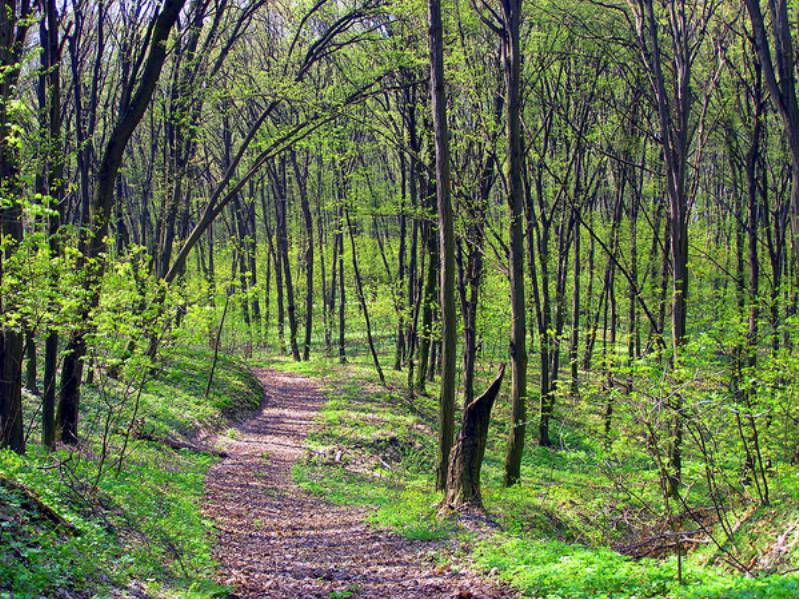 Romankovetsky park was founded at the start of the 19th century by landowner V. Balanescu, inspired by a natural forest. The park has many kinds of trees: oak trees, hornbeams, maple trees, sycamore, ash, aspen, birch, linden nectar, willows, acacias and more. The development of the park began in 1838, after the style of the classic European gardens. They gathered a unique collection of trees and shrubs from Europe, Asia and America, and built an underground greenhouse. The tunnel, more than a kilometer long, leading to the local church is still preserved. (chernovtsy.glo.ua)