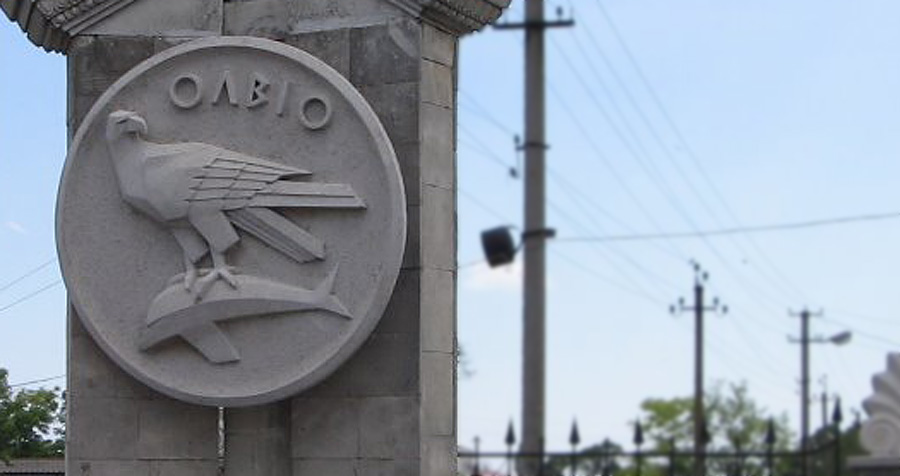 40 Kilometers from Mykolaïv, next to the village of Parutino in the Ochakov district, is the site of the ancient city of Olvia. In 2002 this place got the status of National Reserve by presidential decree. For decennia this site has attracted tourists, travellers, historians and archeologists.

Many years ago, over two and a half millennia, villages and a city started to appear on the hilly coast line of the Bug river delta and the Black Sea. One of the most famous and majestic ancient cities on the territory of current day Ukraine is Olvia.

Olvia (Greek: Olbia) was an important political centre, that covered the entire area of the Lower Bug. It wasn't just only a city, it was a strong and prosperous state that existed for over 1,000 years, from the 6th century BC up to the 4th century AD. According to scientists, such a long existence of a political state in the Southern Black Sea coast area had a great impact on the history and culture of the region. Above all, being a great and powerful state in its time, Olvia had a big influence on the social-economical, political and cultural development of local tribes.

In ancient Greek 'Olvia' means 'happiness'. And really it was a state that had good times for a very long time. Olvia also had a different name. Often it was called Borisfen, the old-Greek name for the river Dniepr. 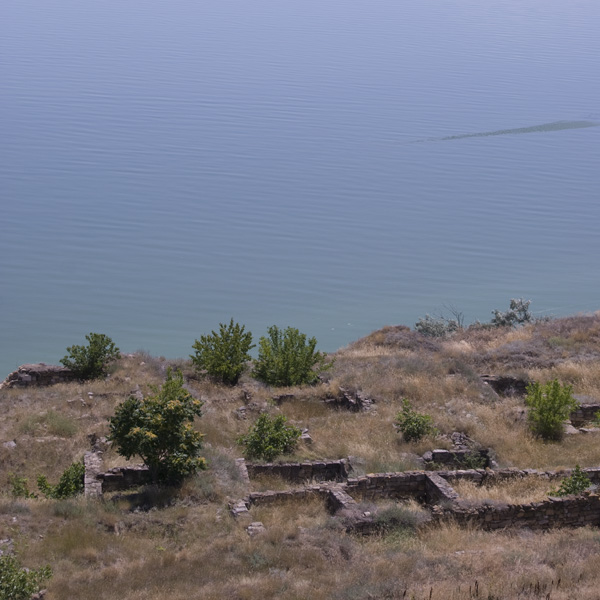 According to historians the state of Olvia was founded by descendants from the city of Milet, who visited the area around 650 BC. They much liked the location and found it ideal for founding a city. The territory is somewhat hilly, on the coast of a bay and on two sides -west and north- protected by deep ravines. On the east side of the territory flows the river Gypanis, or Southern Bug as it is called today.

Olvia quickly became a strong and well-known city-state. The geographical location and the wide, fertile lands were not unimportant factors in the economical development of the city. Important trades were fishing, growing of grapes, cattle breeding and agriculture. Soon after the founding of the city, people actively started to develop various kinds of crafts: ceramics, pottery, metalworking, stone-working, woodworking, jewelry and many other crafts, providing the urban market and the neighboring Scythian tribes,who had close trading relations with Olvia, with goods.
From these tribes Olvia received in exchange grain, cattle and slaves, who were sold in the metropolitan labor markets. From the Greek state olive oil, wine, metal and ceramic products, luxury and art objects were imported.

During the period when Olvia was flourishing the city produced its own currency: silver, copper and even gold coins. The supreme power of the state was under control of the national assembly and an elected council. The executive power was in the hands of boards of elected officials, which changed annually.

Olvia was divided into two parts, the Upper and Lower Town. In the upper part of the city was the sales area (agora), which was also the center of the city. Also, there was also a ‘temenos’, a sacred area with temples and altars. In Lower Town the seaport and the quarters of craftsmen were located. The entire city was surrounded by a defensive stone wall with towers against attackers. In the southern part of the city an additional reinforcement was constructed: the Citadel. A lot of rural settlements surrounded the main city.

The period of economic development was also the period of social-cultural growth. Olvia had its own philosophers, musicians, poets and scientists, who developed their own alphabet and calendar. In those days Olvia had highly developed art, as is evidenced by found ceramics and jewelry, extraordinarily beautiful architectural buildings and amazing statues. In the centre of the city a theatre was built. This theatre was mentioned in several old texts.
The people of Olvia led an active life. They loved sports and organized various competitions in melee fighting, archery, running, javelin and discus throw.

But, the more popular and thriving the city-state became, the more it attracted enemies, envious about its welfare. Many times, dark clouds were gathering over Olvia, and its defensive walls were tested by hostile tribes. In 331 BC, Olvia repelled an attack by a known commander of Alexander the Great, Zopyrion. In the second and first centuries BC, Olvia had been some time under the control of the militant Scythian state, and later under Mithridates, the Pontic king. In the first century BC, the state was quite affected by the invasion of the Goths. Recovering and getting back its former glory, wealth and prosperity failed. It was restored, but not up to that previous level of international trade and relations with neighboring states. In the first and second century AD a Roman garrison was housed on the territory of Olvia, and at the beginning of the next century it was included in the Roman province Lower Moesia.

In the beginning of the fourth century AD, like many other states at the South Black Sea, Olvia ceased to exist. Other centers of ancient cultures (Hersones, now Sevastopol, Crimea), Tyre (Belgorod-Dniester, Odessa region) and Panticapaeum (Kerch, Crimea) life continued, but Olvia, unfortunately, did not survive. For many centuries, time consumed the forgotten city. A part of the city was demolished by the Turks in order to build the fortress Ochakov, which is not far from Olvia, and the local population built the village of Parutino with the stones from Olvia.

It was only at the end of the 18th century, after the Russian-Turkish war, when scientists discovered the ruins of Olvia, when the land became part of the Russian Empire. Since the beginning of the twentieth century, systematic excavations began and materials that were found were kept in many museums in Ukraine, Russia (for example, in the Hermitage), Western European countries and America.

To date, the remains of this city-state are a national historical and archaeological reserve, called ‘Olvia’ (reserve status assigned in 2002), covering an area of ​​270 hectares. Claims of historians and archaeologists say that this is only 1/80 of the former Olvia. Everything else they have yet to ‘dig up and get it’. The reserve also includes 23.6 hectares of Berezan island, where the oldest settlement of the northern Black Sea coast was, dating back as far as the 6th century BC.

In Olvia there is one very unusual forty-meter deep well, called ‘The Well of happiness’. Tourists who come here, stick to old traditions and throw a coin into the well and make a wish. Here you can also see the remains of another architectural construction, the temple of Apollo, to whom the locals prayed. There is a legend about this temple. They say that when a person is restless at heart, he has to go to the altar in this temple and put his hand on the sacrificial stone and standing there silently it will help to restore the balance of the inner man.

In short, the National historical and archaeological reserve of Olvia can be fully enjoyed, not only because of its stunning nature, but also because of the incredibly beautiful ancient remains its fascinating history. (izvestia.nikolaev.ua) (angatravel.com.ua)