City
History
Galleries
Museums
Churches
Sites
Parks
Theatres
Festivals
Capital of Ukraine and one of the oldest cities in Europe: Kyïv. Founded in 482 AD on the West Bank of the river Dnieper by the three brothers Kyï, Shek, Khoriv and and their sister Lebid' of the Polian people. Kyiv got its name from the eldest brother Kyi. In essence Kyiv means 'city of Kyi'. It has always been a centre of commerce, especially after the Varangians found Kyiv sailing southwards on the Dnieper on their way to Byzantium (late 9th century). They took the city and made it the capital of all the Rus' lands. 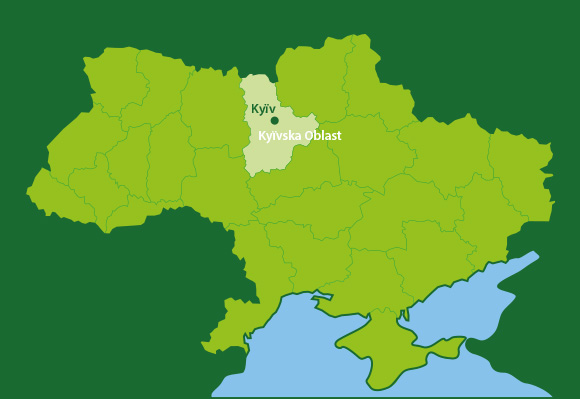 In the 11th century Kyiv was bigger than Paris or London, for instance. But in 1240 the hordes of Batu Kahn destroyed the city. It took almost a century and a half to get Kyiv back on its feet, but under the rule Lithuanian princes Kyiv flourished again. A century later, it was destroyed again, this time by the Tatars. Kyiv has been ruled by Lithuanian princes, Polish kings, by the Russian Empire and by the Soviet Union. It always has been an important center in the east of Europe and has had a profound influence on Europe's history, and it still does up to to this day. Since 1991 Kyiv is the capital of independent Ukraine.

Kyiv had roughly 3 million inhabitants, making it the 7th most populated city in Europe. It is an important industrial, scientific, educational, and cultural centre in Eastern Europe. It is home to many high-tech industries, higher education institutions, and world-famous historical landmarks; everything that defines a worldly metropolis.

Kyiv is located on a border of the Polesia ecological zone - part of the European mixed woods - and forest steppe biome. However, the city's unique landscape distinguishes it from the surrounding region. Originated on the right bank, today Kyiv is located on both sides of the Dnieper river. The older and higher right-bank (western) part of the city is represented by numerous woody hills (Kyiv Hills), ravines and small rivers. The Kyiv's relief contributed to the city's toponyms such as Podil (means lower), Pechersk (caves), uzviz ('descent', a steep street).
Kyiv is a part of the larger Dnieper Upland adjoining the western bank of the Dnieper in its mid-flow. Dnieper Upland contributes to the city's elevation change. The north outskirts of the city border the Polesian Lowland. Kyiv expanded to the Dnieper's lowland on left bank (to the east) only in the 20th century. Significant areas of the left-bank Dnieper valley were artificially sand-deposited, and are protected by dams. 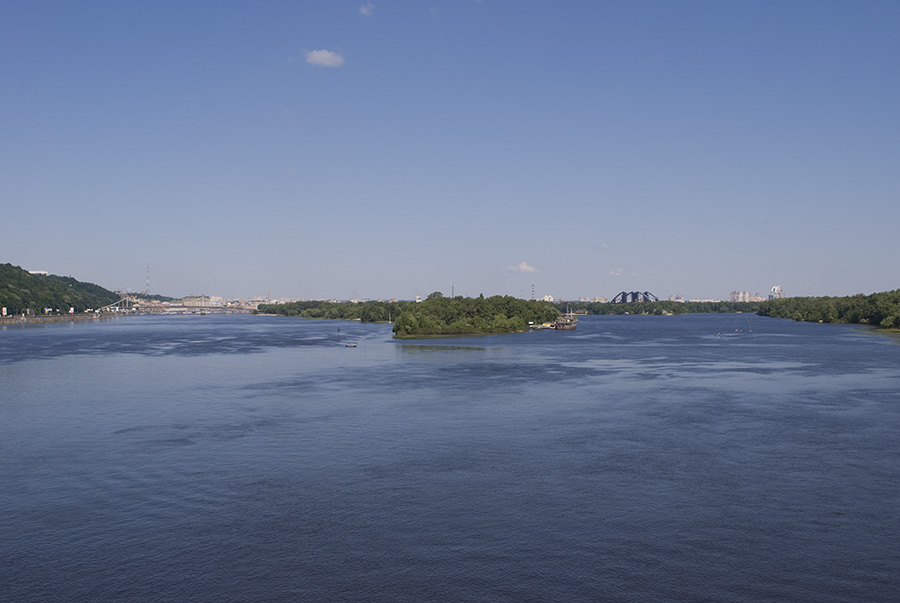 The Dnieper River forms a branching system of tributaries, isles, and harbors within the city. The city is adjoined by the mouth of the Desna River and the Kyiv Reservoir in the north, and the Kaniv Reservoir in the south. Both the Dnieper and Desna rivers are navigable, although regulated by the reservoir shipping locks and limited by winter freeze-over. In total, there are 448 bodies of open water within the city boundaries, including the Dnieper. 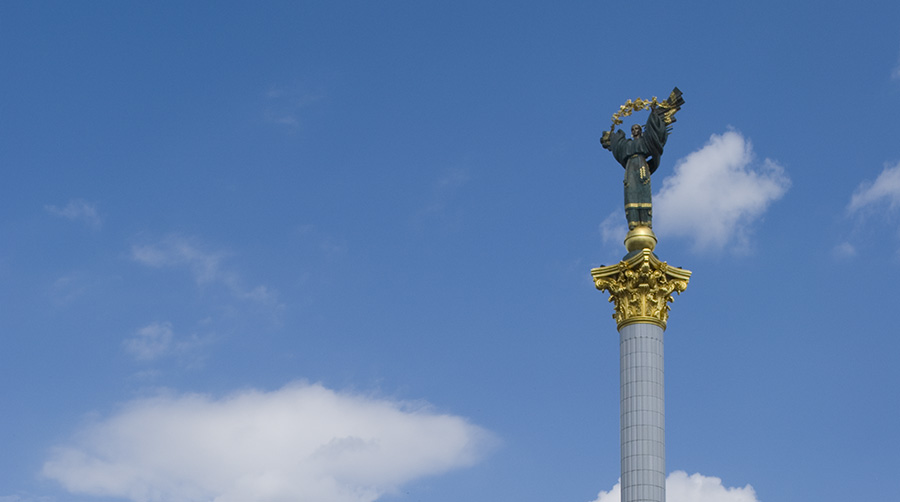 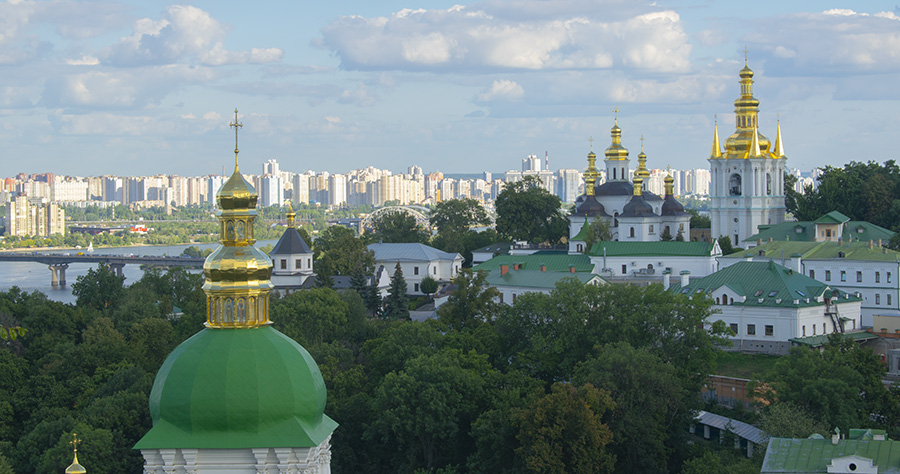 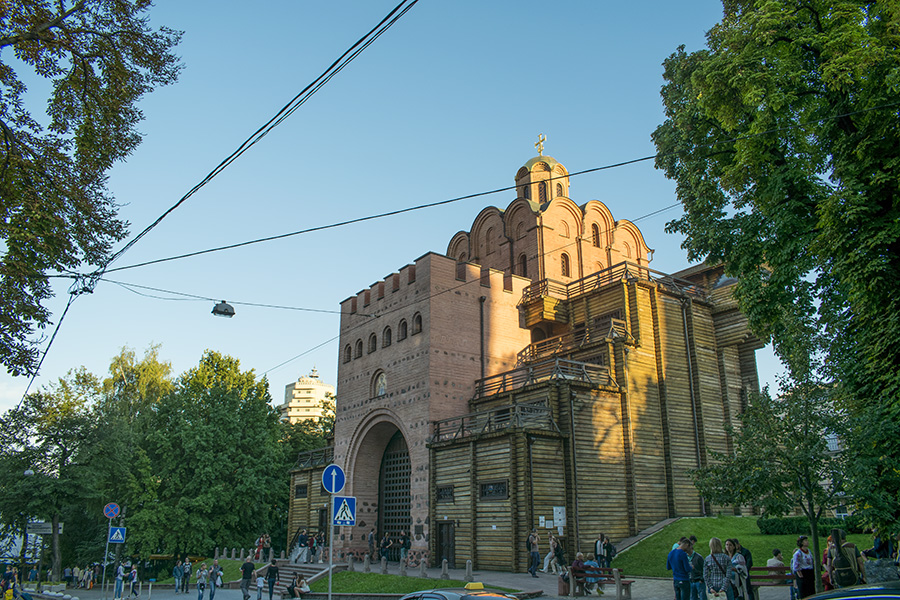 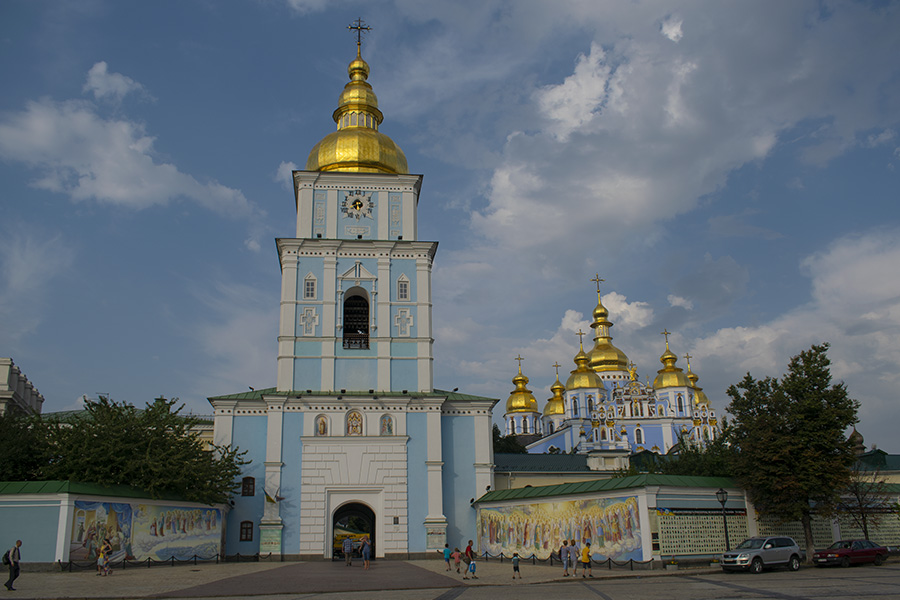 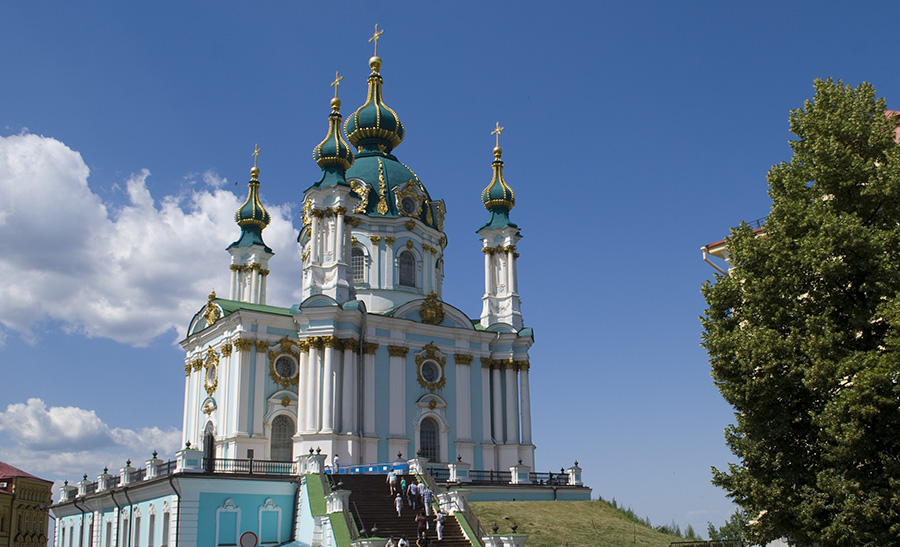