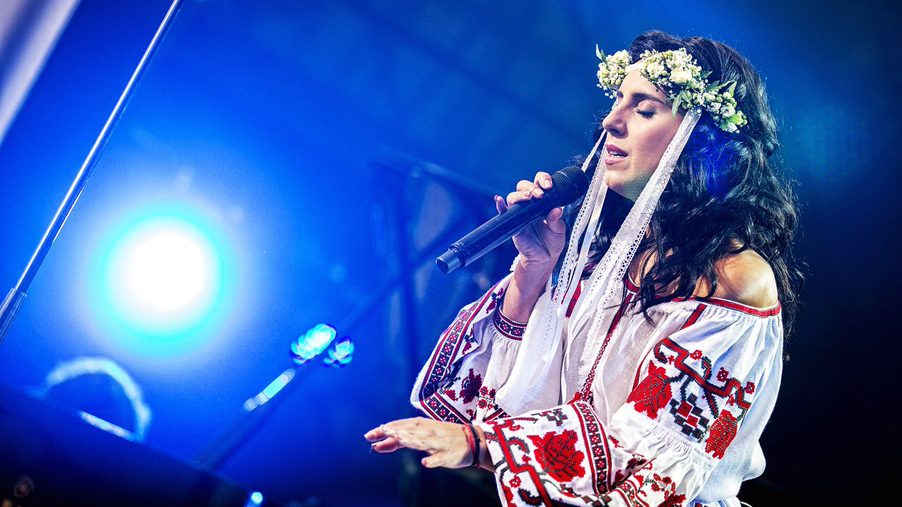 Susana Alimivna Jamaladinova (Crimean Tatar: Susana Camaladinova, Ukrainian: Сусана Алімівна Джамаладінова) was born on the 27th of August 1983. She is better known by her stage name Jamala (Crimean Tatar: Camala, Ukrainian: Джамала), a Ukrainian singer, actress and songwriter. She represented Ukraine and won the Eurovision Song Contest 2016 with her song "1944". 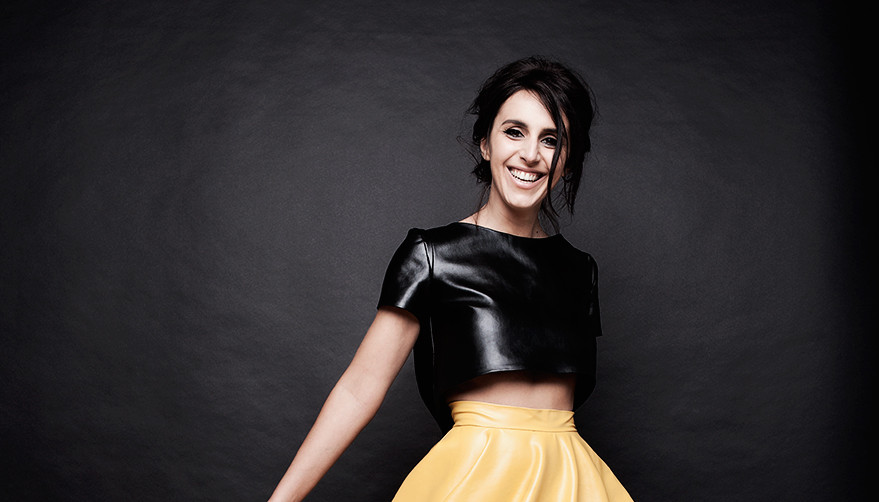 Susanna Jamaladinova was born in Osh, Kirghiz SSR, to a Crimean Tatar father and an Armenian mother. Her Crimean Tatar ancestors were forcefully resettled from Crimea to the central Asian republic under Joseph Stalin during World War II, although her own relatives fought on the Soviet side.
In 1989 her family returned to Crimea. Her maternal ancestors are Armenians from Nagorno-Karabakh. They were well-to-do peasants until her great-grandfather's land was confiscated and he was exiled to Osh where he changed his Armenian name to make it sound more Russian.

Jamala speaks Russian as her mother tongue, and she is also fluent in Ukrainian which she learned as an adolescent. Though she wrote some songs in Crimean Tatar, she is not fluent in the language.

Her parents divorced for about four years, so that her mother could purchase a house in Crimea for the family under her maiden name. This was necessary because during this period, the Soviet authorities did not allow ethnic Tatars, like her father, to purchase property in Crimea.

Jamala has been fond of music since her early childhood. She made her first professional recording at the age of nine, singing 12 folk and children's Crimean Tatar songs. She entered the Simferopol Music College[12] and later graduated from Tchaikovsky National Music Academy of Ukraine as an opera singer, but preferred a career in pop music. 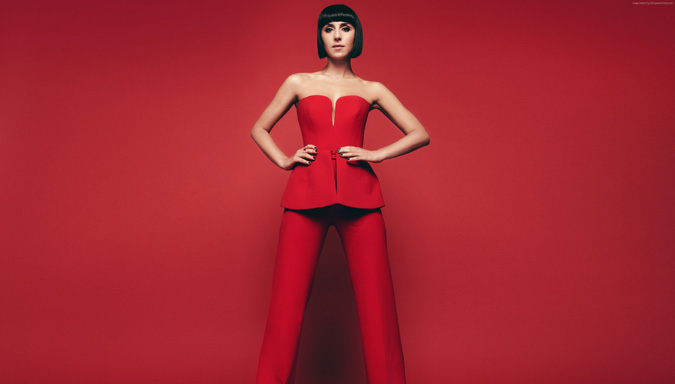 On 14 February 2010, she released her first single 'You Are Made of Love' from her debut studio album 'For Every Heart'. She released 'It's Me, Jamala' as the second single on 18 October 2010. On 23 November 2010, she released 'Smile' as the third single from the album. Early in 2011, she took part in the Ukrainian national selection for the Eurovision Song Contest with the song 'Smile'. The song was a crowd favorite and Jamala herself managed to land a spot in the finals of the competition. However, she later decided to withdraw from the competition. On 12 April 2011, she released her debut studio album For Every Heart through Moon Records Ukraine.

On 25 September 2014, she released 'Zaplutalas' (Ukrainian: Заплуталась, English: Confused) as the lead single from her debut EP Thank You. The EP was released on 1 October 2014, through Enjoy Records. 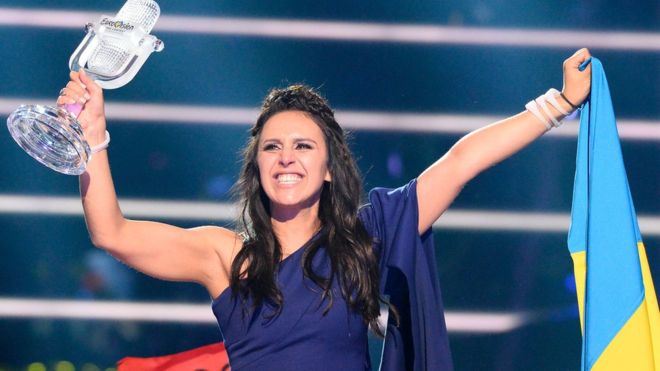 Jamala successfully represented Ukraine in the Eurovision Song Contest 2016 with the song '1944'. The song is about the deportation of the Crimean Tatars in 1944 and particularly about her great-grandmother, who lost her daughter while being deported to Central Asia. Jamala wrote the song's lyrics in 2014.

In the second semi-final of the contest, Jamala performed 14th and was one of ten participants who qualified for the grand final. It was announced later that she placed second, scoring 287 points, and won the televoting with 152 points. On 14 May 2016, Jamala won the competition with 534 points.

Jamala's song was considered by Russian media and lawmakers to be critical of the Russian annexation of Crimea in 2014 and the 'ongoing war between Russia and Ukraine' in Donbass. After her win she was awarded the title People's Artist of Ukraine by Ukrainian President Petro Poroshenko. On 17 May 2016, Poroshenko announced that the Ukrainian Foreign Ministry would be nominating Jamala for UNICEF Goodwill Ambassador. (Wikipedia)