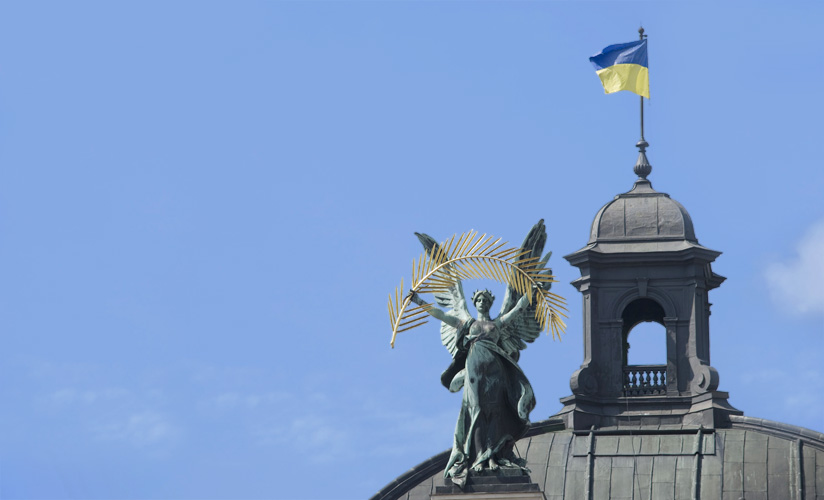 Ukraine is a Eastern European republic. De total landmass covers an area of almost 604.000 square kilometers. From west to east it stretches 1,316 km and from north to south 893 km. It is roughly 15 times larger than The Netherlands, home of the author of this website. After Russia it is the largest european country. In the list of the former Soviet Union countries it ranks third as the largest, after Russia and Kazachstan. Ukraine is a bilingual country; the native language is Ukrainian, and because of its soviet history they all can speak Russian. In some parts, Russian is the language you hear most on the street. In the west of Ukraine, the part that had belonged to the Polish-Lithuanian Commonwealth, many Polish words are found in the language. The younger generations can speak some English.
The currency is the 'hryvnia'.

Because of its size, the country borders many other nations: Hungary, Slovakia, Poland, Belarus, Russia (including Crimea), Romania, Moldavia and again Romania (see map below). In the south Ukraine meets the waters of the Sea of Azov and the Black Sea. The total coastline expands across 2,782 km. The Black Sea provides a connection with the worlds’ oceans through the Bosporus between Greece and Turkey. After crossing the Sea of Marmara and the Dardanelles one finds himself on the waters of the Mediterranian. When one would sail from the Sea of Azov, he first needs to go through the Street of Kerch, a narrow water between Crimea and the Russian mainland, before sailing into the Black Sea. 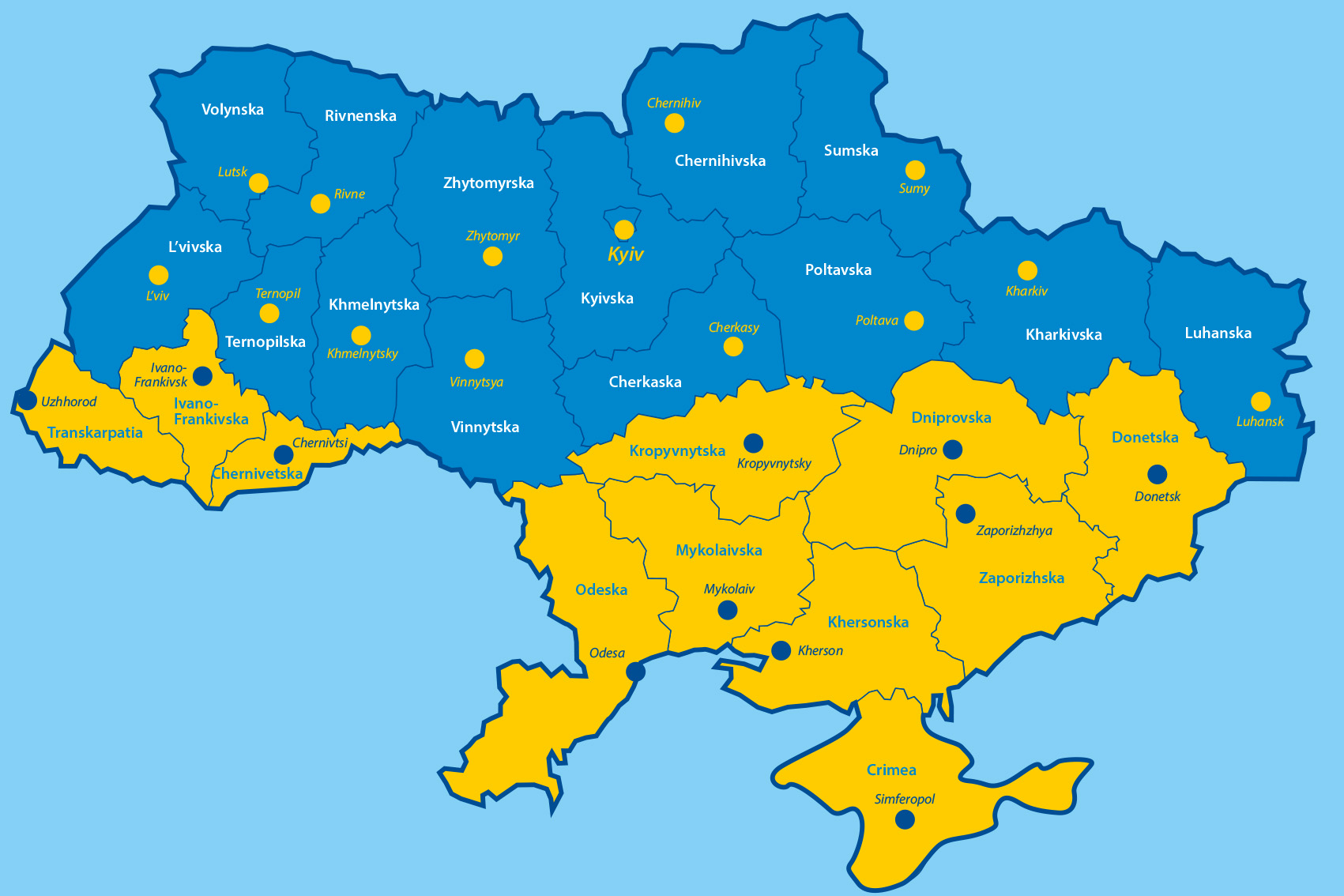 Ukraine has mostly plains, through which rivers run. Lower than 200 meters are the plains of Polesye in the north, the lowlands in the south and the sloping territory north of the middle reaches of the Dnieper river (in Ukrainian 'Dnipro'). 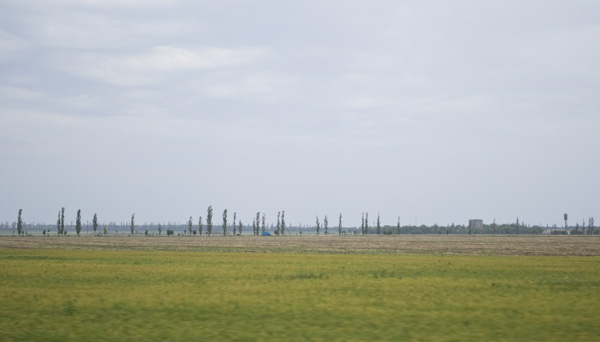 Between heights of 200 and 500 meters are the Wolhynian-Podolic Plateau in the west, the Dnjepr Plateau in the center and the Azov and Donetsk plateaus in the southeast.

Lands north of the imaginary line between the cities Volodymir-Volynsky, Rivne, Kiev and Konotop are rich in forests. The northwest has wetlands called 'the Pripyet', named after the river Pripyat. South of this area the lands consist of forest-steppes and south of the line between Balta, Kirivograd and Charkiv vast steppes stretch towards the shores of the Black Sea and Sea of Azov. The bigger part of these steppes consists of the most fertile, black soil 'chernosem'. Ukraine has over 25% of all the chernozem in the world. This ground is so fertile, that during WWII Hitler had trainloads of this soil moved to Germany.

The Karpathian mountain range runs through the southern part of the west of Ukraine, southwest of the city of Ivano-Frankivsk. Goverla has the highest peak 92061 m).

About 73,000 rivers run through Ukraine and if that is not enough water for you yet, there are also 3,000 lakes. The largest river is the Dnieper or Dnipro. After the Wolga and the Danube it is the third largest river in Europe. Other main rivers in Ukraine are the Dnjestr, the Bug river, the Southern Bug river, the Donets and the Danube also visits Ukraine, just north of the border with Romania, where it flows into the Black Sea. 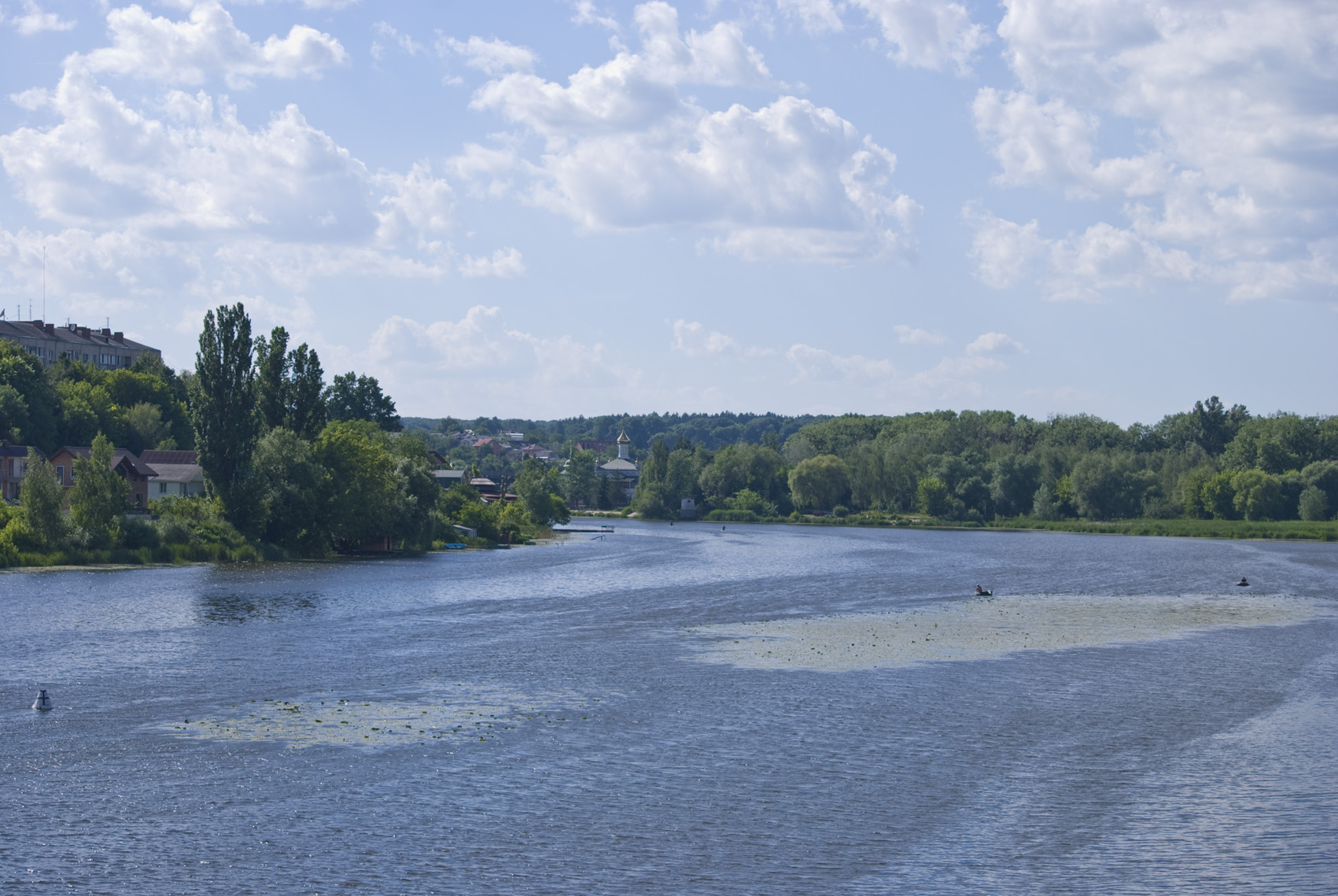